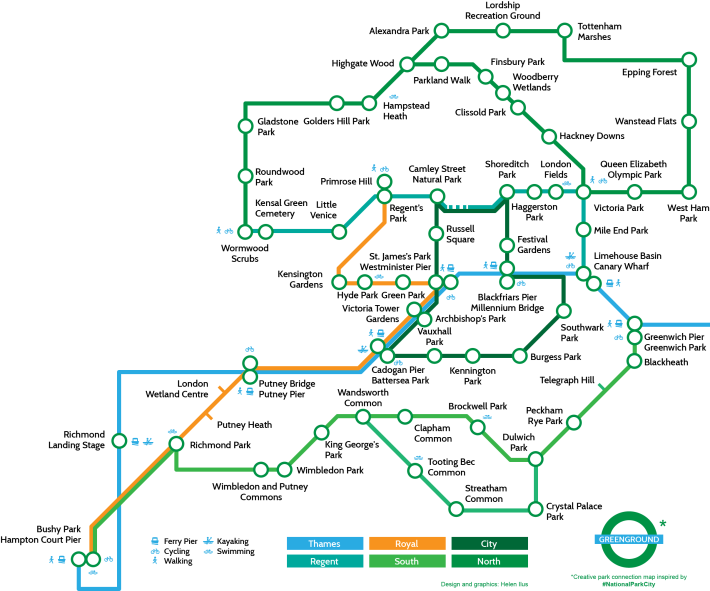 Idea The idea behind this map is to connect parks using environmentally friendly transport like cycling and walking . The creative ‘greenground’ network is made of six lines – Thames, Regent, Royal, South, City and North which connect parks in similar way tube lines connect stations. The map also suggest outdoor activity points such as kayaking on the canal and swimming in the park. This map idea is inspired by the National Park City Foundation green concept of making London the world’s first National Park City.

Why? This map could help to organise routes in accessible way, helping the green commuter to navigate from park to park in the order they are depicted on the map. Each of the lines could be cycled and walked and Thames line suggest River Bus connection points.